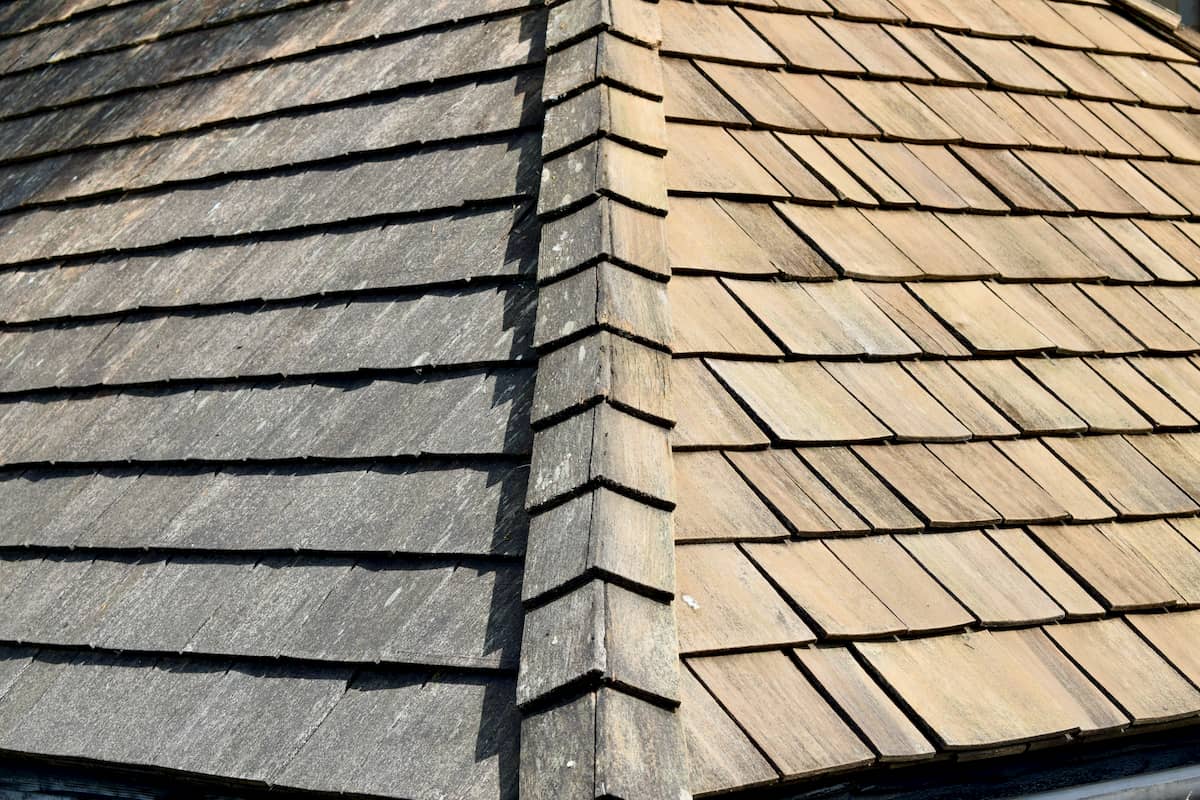 After seventeen years of neglect my shingle roof needed a thorough clean. Here are the techniques that worked for me.

Having neglected the roofs of my garden buildings for many years (see previous post) the weather, lichens and moss had begun to take their toll, to the point where the shingles were beginning to rot in places.

Cleaning off the surface growth had become a necessity so that I could halt the destruction as well as assess and fix the damage caused by my neglect.

If I had been sensible and cleaned them earlier (say every five to seven years or so) then my roofs would have doubtless stayed in much better condition. Leaving them for over 15 years was a mistake. Indeed, a stitch in time saves nine. 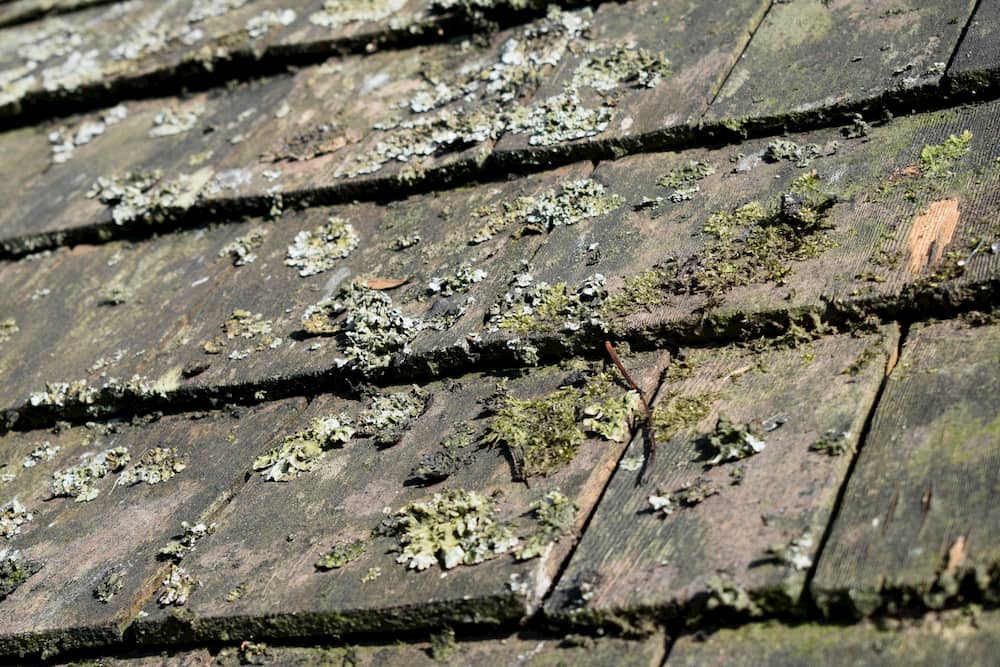 ↑ A 17-year build up of lichens, moss and algae was damaging the shingles

Cleaning cedar shingles is physically arduous, especially when they have got as bad as mine, so the lesson again is that cleaning them regularly, (before the lichens and mosses become extensive) should be easier than waiting until the problem has become extensive.

Some people take a pressure washer to their shingle roof, and sometimes they get away with it. However, it is generally considered a bad move as such high pressure water can rip fibres from the shingles eroding and damaging them. Furthermore, unless carefully angled, such high pressure jets can push water and debris up under the tiles causing long-term problems.

Low pressure water jets may be less damaging, but they will also be ineffective at removing lichens, algae and mosses which hold on tenaciously. In the end, the best results will come from hand scrubbing as I detail below.

How to clean cedar shingles in three steps

Using a stiff patio broom I was able to reach the top of the roof effectively. Lichens and mosses proved to be tightly attached and would not easily come away. Turning the broom through 90 degrees, I could use the wooden edge of the head to gently scrape stubborn lichens.

The large grey lichens were partly dislodged by vigorous brushing with a stiff broom, but needed a paint scraper to fully remove them. This needed doing carefully to avoid damaging the shingles.

When finished the shingles are considerably improved but still stained with algae, small lichens and general grime deep in their grain which gives them a dark grey appearance.

The second pass consisted of spraying the tiles with a disinfectant-cleaner to kill the algae and residual moss. I used Jeyes fluid, (100ml diluted in 5L of water) and applied it with a garden pump sprayer. This step was relatively quick.

I left it on over night. By the next morning all of the green colouration was gone — the algae, moss and lichens (and hopefully any residual spores) were dead.

This grey coat is a mixture of ingrained dirt and dead algae, along with the UV damaged upper layer of cedar. Incredibly, just beneath this the cedar still retains much of its original colour. Step 3 is necessary to remove this final layer of grime and restore the shingles to their original glory.

Now came the real work — but as you can see in the picture below scrubbing gets all the grime out of the grain, and magically restores the original cedar colour giving them a ‘nearly new’ look.

Starting at the top and working down ensured that dirt from subsequent tiles did not run over the ones I had just cleaned.

This is what all of that hard work was for. These shingles are glowing and clean — quite a turn around to how they were just a couple of days before.

Next: Identifying the damage, repairing then staining and sealing

Now the shingles are clean it is evident which ones are damaged or rotting, and these will need to be replaced.

The causes of the damage have become clear: blocked drainpipes and overhanging trees – so these can be remedied too.

Once all of that is done I am going to seal the shingles with a preservative stain that will help them stay cleaner and drier, so they have a greater chance of reaching their maximum life expectancy.

Analysing the damage and its causes