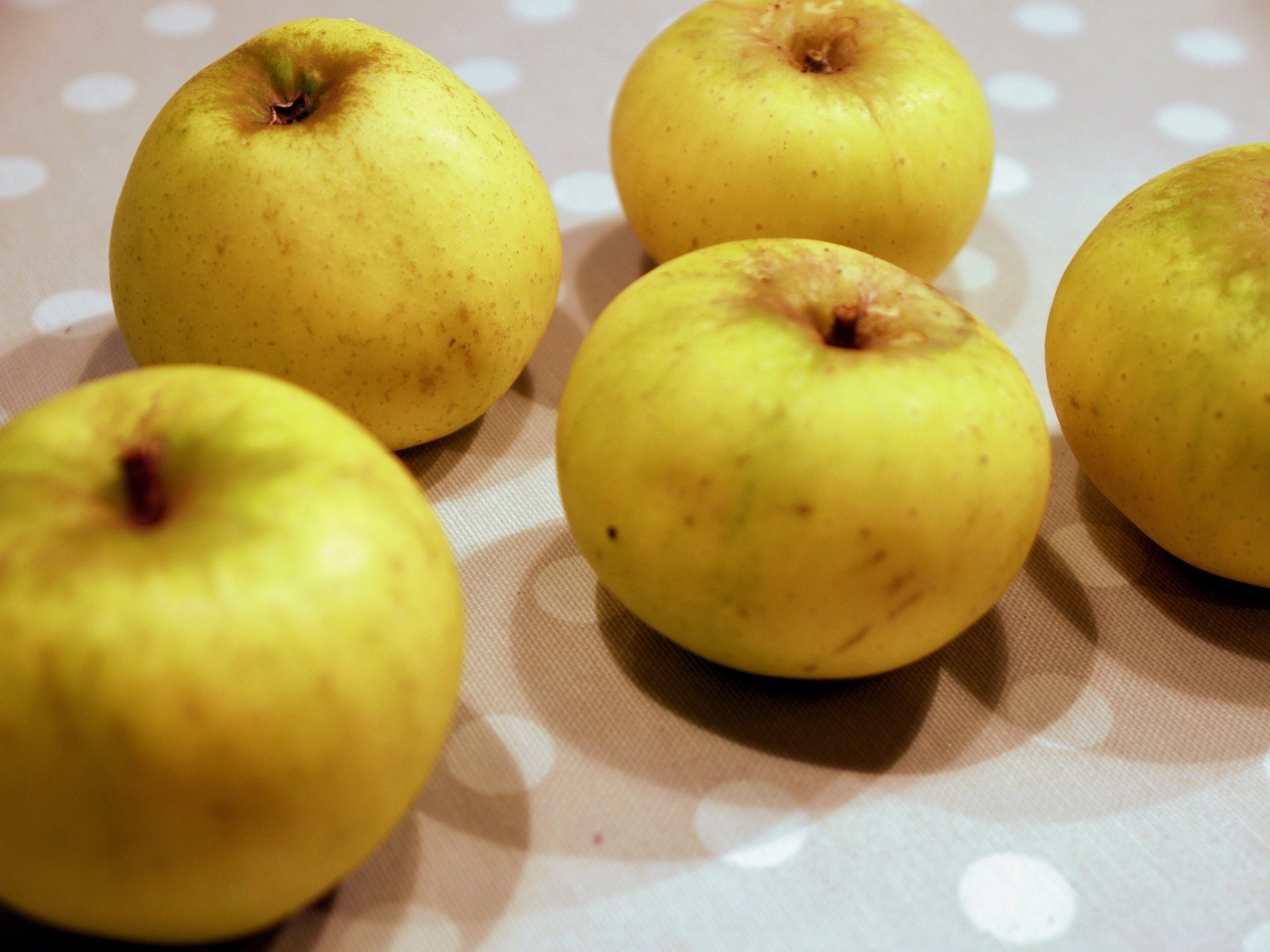 In my garden I have tried to include fruit varieties that extend the season as widely as possible. This is the first year that I have been able to pick apples in December extending my record to seven months of fresh fruit this year. As you can see, they are a good size, and in pretty good nick considering they have hung on the tree for six months. I picked them on December 3rd after several nights of frost. They were still firmly attached and could have been left even longer I expect, but the birds were taking an interest and I had lost a couple to furious pecking despite my attempts to cover them with netting. How do they get underneath?

The tree these came from is trained as a two tier espalier on one of the low fences that borders the woodland garden at the front of my house. When I purchased it I thought I was getting a late season russet, but as with so many of my apples it was mislabelled. It’s not a russet, but at least it is late season. This is the first year it has produced more than one or two apples, and the first year they have made it through to their picking time. Impatience or wildlife got them first in previous years.

Here is a picture of the espalier in August 2014, showing its trained form. There are actually two trained apples on this low fence:  the one on the right hand side produced the late season this post is about.

Using trained fruit as screens is a great way to frame and divide sections of the garden. As you can see these trees act as a backdrop to the border in front of them, and visually separate the woodland garden beyond. Espalier trained trees allow vertical gardening being narrow and having a fence-like structure they provide a wonderful garden feature in their own right. The fruit is almost a bonus!

Here it is in March 2015, showing its naked, pruned structure a little better:

And here are two photos from 2016 showing the apples developing in situ:

So back to the recently picked apples… What variety are they?

The skin is distinctly yellowish with slight russet patches and speckles. Earlier in the year they were bright green with some red blush that disappeared as the year progressed. In size they vary from about 3 to 3½ inches (7 to 8 cm) across. The flesh is firm, crisp and white, moderately juicy, tangy with a good flavour, slightly lemony.