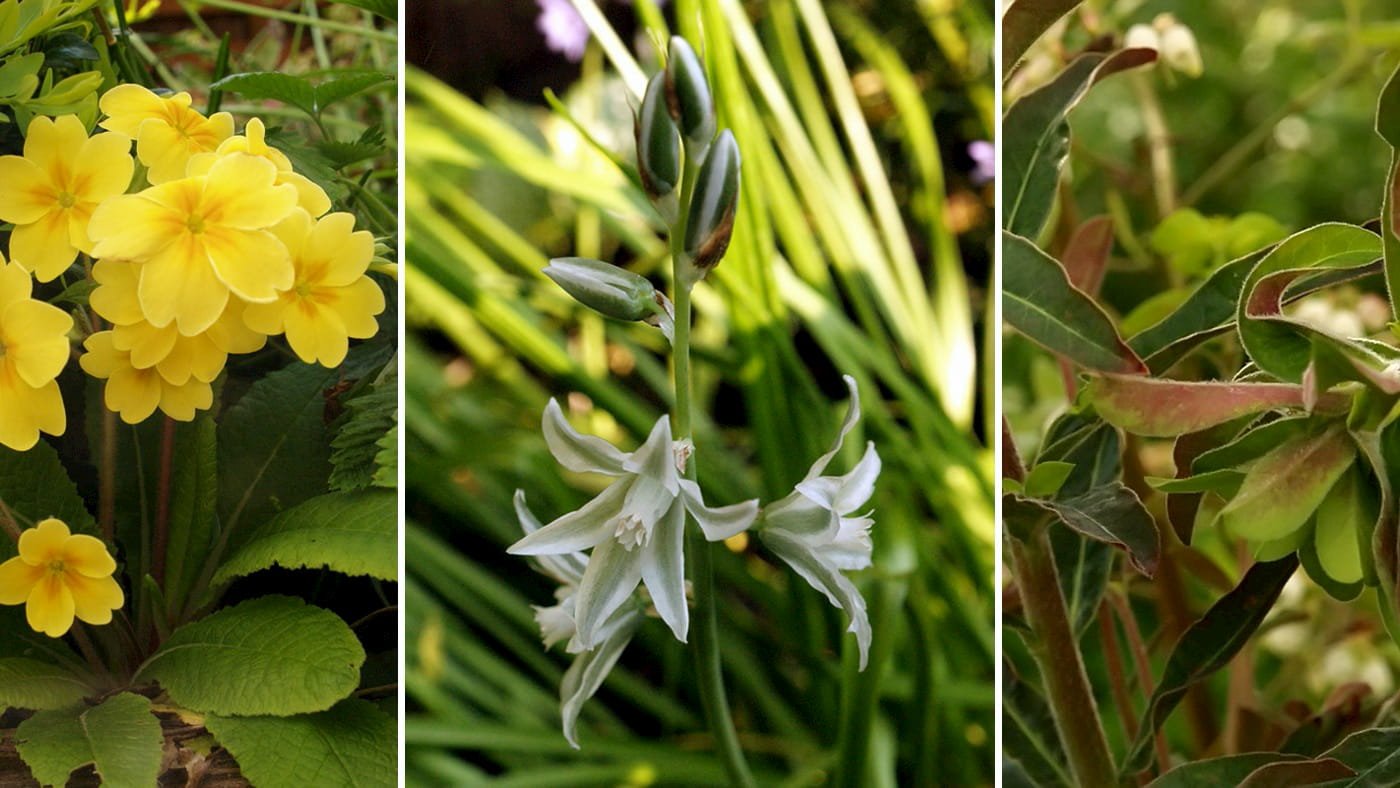 Many plants self-seed in the woodland garden – a sign that they feel sufficiently at home to start a family. They often pop up in surprising places – perhaps inconvenient and needing to be pulled out, but often they choose a spot with considerable charm that could not have been devised. Along with these happy accidents I am increasingly seeing hybrids appear – not only are plants reproducing but they are interbreeding and creating new forms – very exciting! Finally there are the all-new arrivals – plants that have somehow mysteriously found their own way here. I’m not referring to the inevitable weeds but woodland plants that are actually rather beautiful and garden worthy. 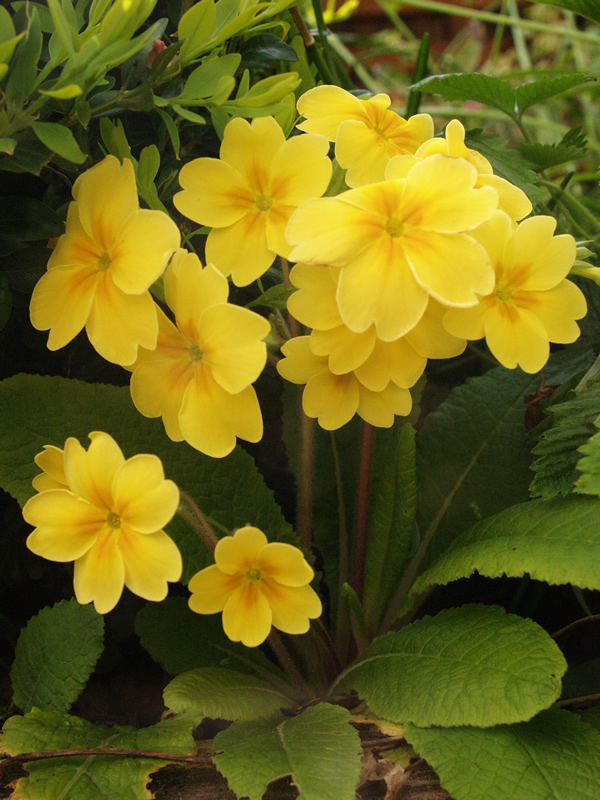 This lovely butter-yellow hybrid appeared in a corner of a bed, tucked under the box hedging.

It is almost certainly a false Oxlip, the offspring of our native cowslip and primrose – both of which I grow in the garden.

From its primrose parent it has inherited the large flowers whilst its tall stems and rich colouring with the darker orange eye comes from the cowslip.

If it had been a commercial Primula sold in a punnet at the garden centre I wouldn’t have given it a second glance, but as it has arrived unbidden I treasure it. Wouldn’t you? 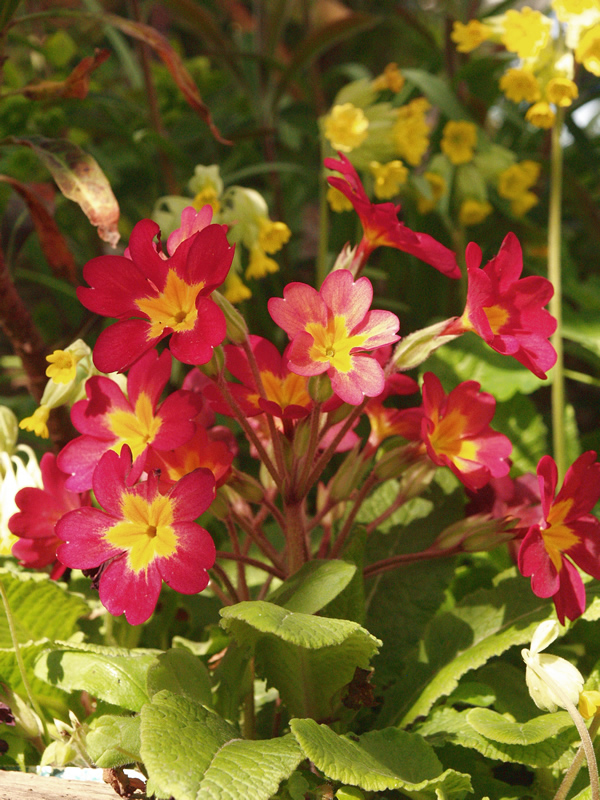 I was very surprised when this little self-sown seedling’s flowers opened, as I had not grown any primroses with red flowers before. Where had it come from?

Perhaps it got its genes from the deep blue primroses I planted as bedding to fill gaps last year, or perhaps a bee brought pollen from another garden. Who knows!

Unlike the commercial primrose hybrids its colouring is a little less brash – the red is a crushed strawberry – but to my eye it has a naturalness that makes it very welcome here. 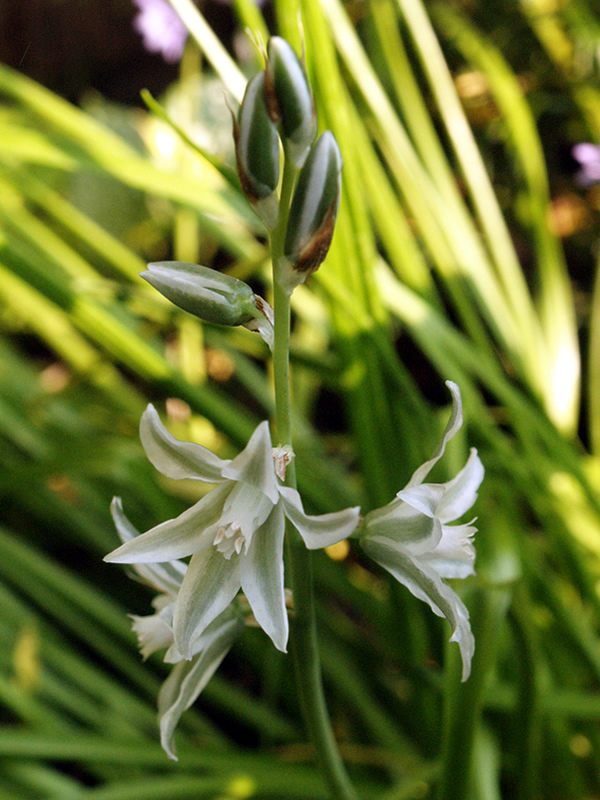 Where these came from I do not know. I didn’t plant them that’s for sure! But they are delicate in their sombre white and grey-green tones, and of all the ‘Star of Bethlehem’ bulb family one of the most naturalistic to my eye.

They only throw up two or three flower spikes each year, but I always make a point of noticing them tucked away next to the far more showy oriental hellebores.

I think they would prefer a little more sun than they get in this corner and I suspect they are gradually fading away. C’est la vie! 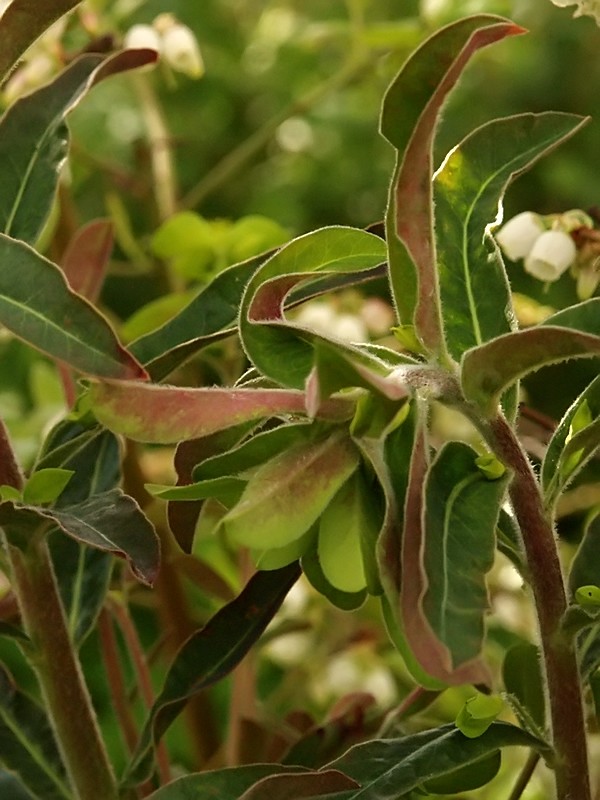 This native wood spurge can be seen growing in woodlands a few miles from here. Somehow its seeds arrived and planted themselves in a great spot in one of the woodland beds last year, at the foot of one of the blueberry bushes. Coincidently, I planted the garden variety E. a ‘Rubra’, which has distinct purple leaves, at the same time. Perhaps they will hybridise…

It has grown into a strong clump of twenty stems over 2′ (60cm) tall in just one year. The mass of flowers this year is considerable.

The photo shows it in early April before the lime green flowers have opened, but while it still has the distinctive red-brown tones in the stem and leaves. It’s strong upright unfurling growth is somehow both dramatic and subdued.