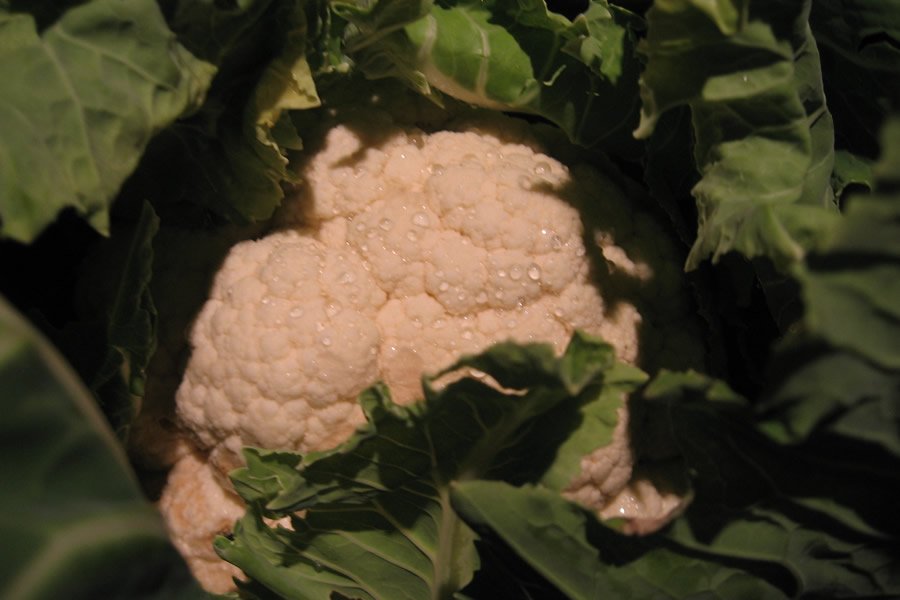 Some observations on cauliflower growing

I had five winter cauliflowers ‘Chester F1’ which I planted in August last year.

They stood bravely throughout winter, surviving the heaviest frosts we have had for years and buried under snow for several days at a time. In the spring they started back into growth covering, between them several metres square of ground. The term ‘winter cauliflower’ is somewhat misleading, they do not form curds (the edible bit) until spring, and even then different winter caulis mature at different times: ‘Early’ varieties form curds in late March, but late varieties like ‘Chester F1’ do not produce anything edible until late May. So not really ‘winter’ in any sense.

One of the amazing things with cauliflowers, is that you can check them every week with no sign of a developing curd, and then one day you look and it is fully formed and the size of a football. At this point the whole family becomes excited – wow! what a vegetable, and no, not one, but two, three, four… and a few days later five! Just like buses, you wait for months for one to come along and then five arrive at once.

This is the problem with F1 hybrids: they are so uniform and genetically similar that they all mature at the same time. This may be ideal for the farmer who wants to harvest the entire crop in one operation, but for home growers it is not so good.  The unfortunate fact is that seed companies make the bulk of their profits from industrial scale growers. We poor gardeners are really very secondary in the modern seed market, and our needs are largely ignored.

So, by the  time we get round to harvesting the fifth cauli’ it is the size of a small beach ball; the florets are less tight and the whole curd has started expanding like a strange coral – quite unlike anything you ever see in the supermarket, but still not just edible but delicious.