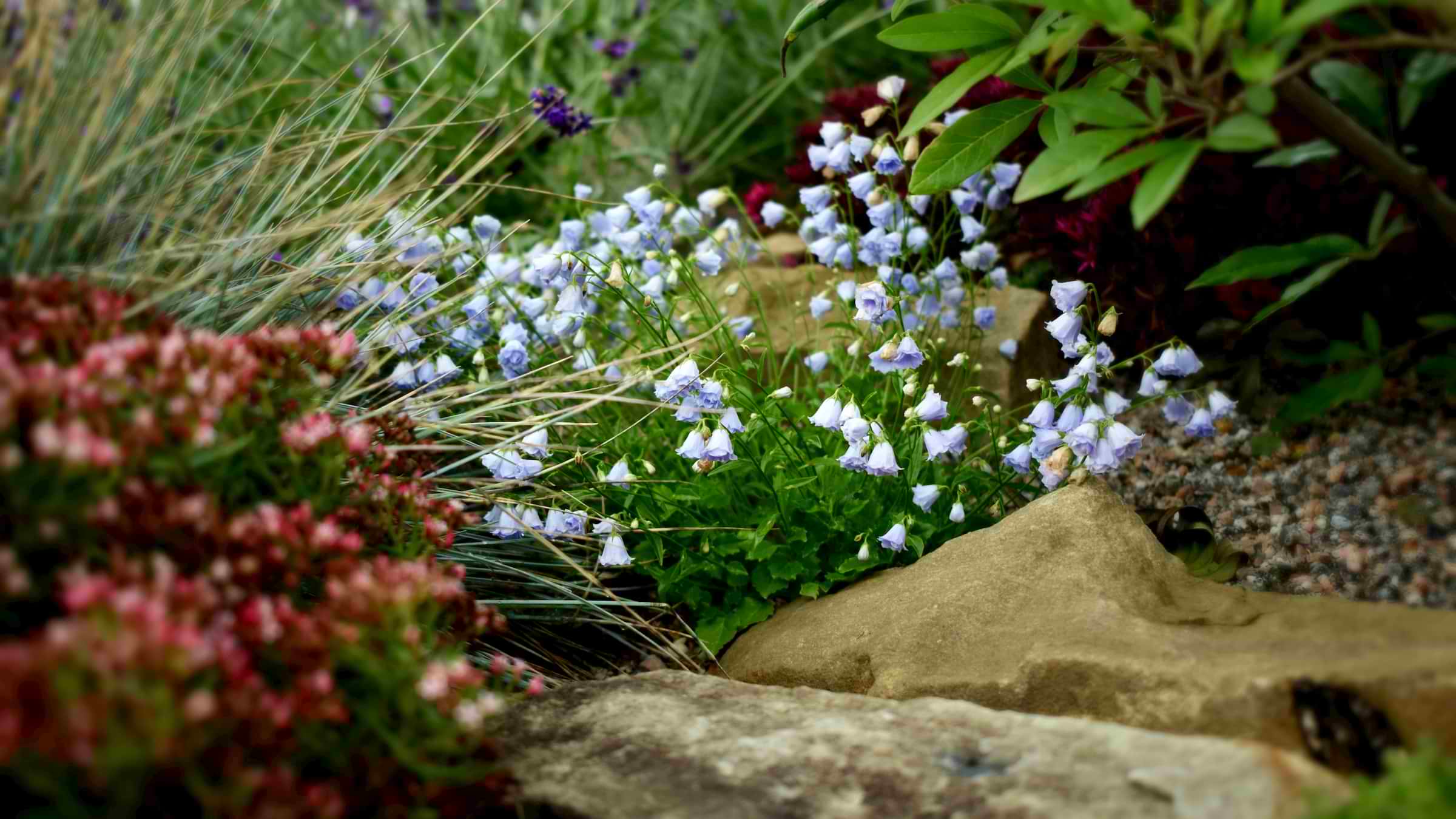 This pretty little alpine plant is Campanula cochlearifolia ‘Elizabeth Oliver’ also known as Fairy thimble bellflower, which is at its peak right now in my garden in late July. I planted two little pots of it in the spring in my Mediterranean rock garden and they have done really well. Both plants are covered in dozens of tiny double blue nodding bells. The one above is planted in an area of rocks and gravel between blue-fescue grass, and a variety of small sedums. It is very happy here having formed a little mat of leaves eight inches (20cm) across. The flowering stems stand six inches (15cm) tall, each carrying four or more of the soft blue flowers.

I was concerned for the second clump as I squeezed it in at the base of Gypsophilla Festival White Flare, which quickly grew up over the diminutive Campanula. However, I needn’t have worried as this dwarf bellflower appears quite able to hold its own, sending its flowering stalks forwards and upwards though the branches of Baby’s Breath that rose above it.

Apparently, it will spread to form a mat up to eighteen inches across in time, which will be wonderful, if the surrounding plants give it a chance. I’ll probably help it along with a bit of judicious pruning of any near-by thugs.

I think C. cochlearifolia ‘Elizabeth Oliver’ would be tough enough to survive at the front of a border or in a stone sink. My plants been very easy to please and have been no trouble at all. How winter hardy they will be remains to be seen, but I have them in a well-drained raised bed, so I think they’ll be fine.