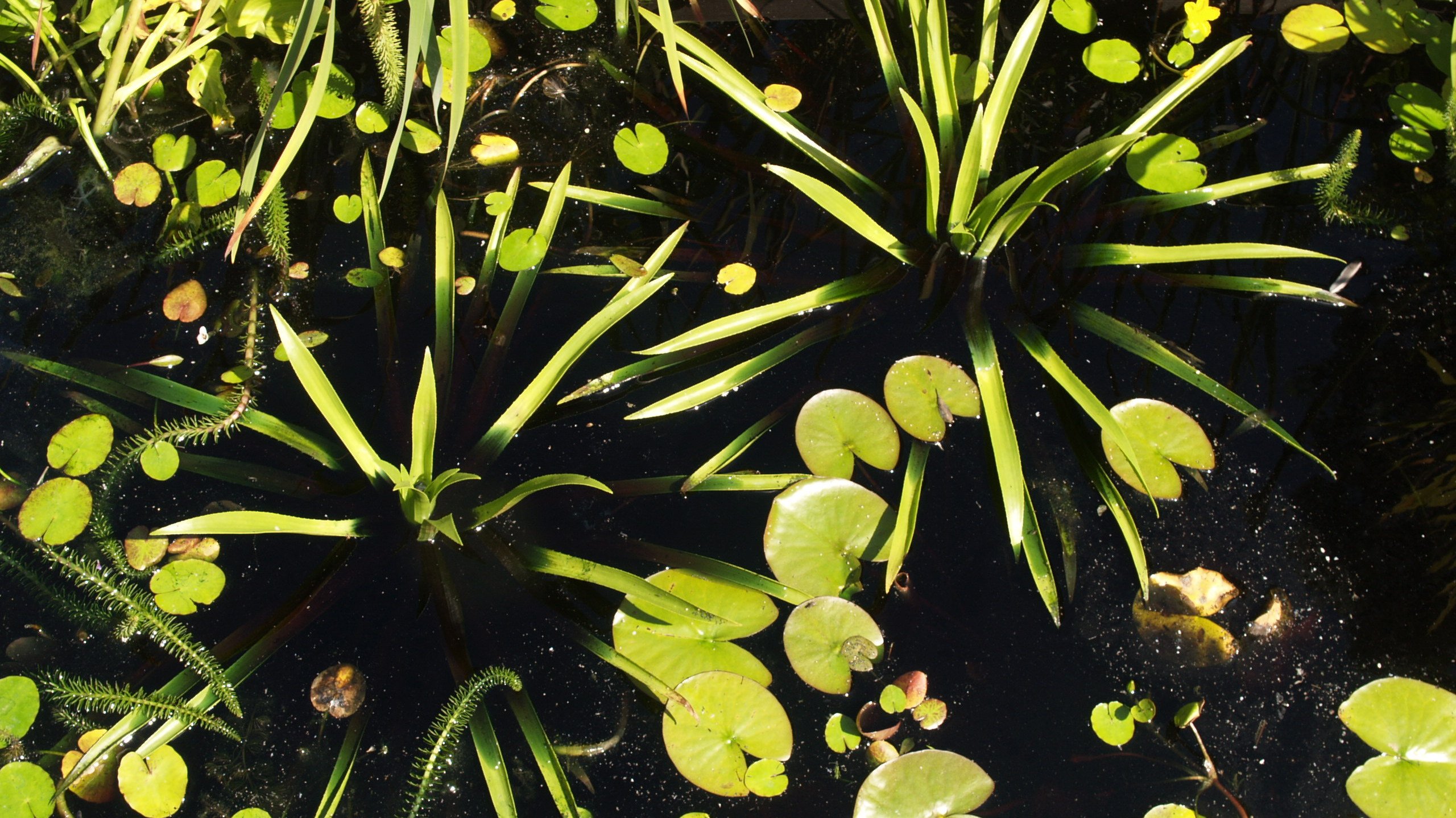 These aquatic ‘spider plants’ are Stratiotes aloides or Water Soldiers – a British native, that is to my mind, a highly desirable ornamental pond plant.  You can see them here creating an excellent visual contrast with the lily pads and water Mares Tail (Hippuris vulgaris). For me, the primary interest of a pond is the variety of foliage textures, as these remain throughout the season, whilst the flowers come and go. I first saw this combination in the sunken garden at Great Dixter, and knew that I wanted to recreate this in my more modest ponds.

I purchased four Water Soldiers online, which on arrival were palm sized and a bit weak looking. I eagerly placed them in my pond – they need the deep section – and they promptly sunk to the bottom out of sight! For the next couple of years I would occasionally catch a glimpse of one just below the surface, perhaps a little bigger, but certainly not contributing in the way I had hoped. I assumed they were a failure and I had lost a couple of them.

Last year I started using a pond dye. This is a black food-grade colouring powder mixed up in water and added to the pond. It is totally non-toxic to pond life but creates that inky blackness that makes ponds look so alluring, and helps the surface plants stand out so clearly. An added bonus is that the reduced light levels suppress algae and the dreaded blanket weed. A win-win in my books.

The ability to adjust their buoyancy is a fascinating survival mechanism. In winter they sink to the bottom, avoiding the worst of the winter freeze. In the spring they float to the surface again.

This year they have really got going with two of the plants reaching nearly 18 inches across. Apparently they produce small white flowers in summer, and reproduce by off-sets from their underwater root/shoot, but I have not seen any of those yet.

Here are some photos from a month ago, before I cleared out the blanket weed and topped up the dye. For some reason they are a little out of focus, but they show the soldiers nicely: