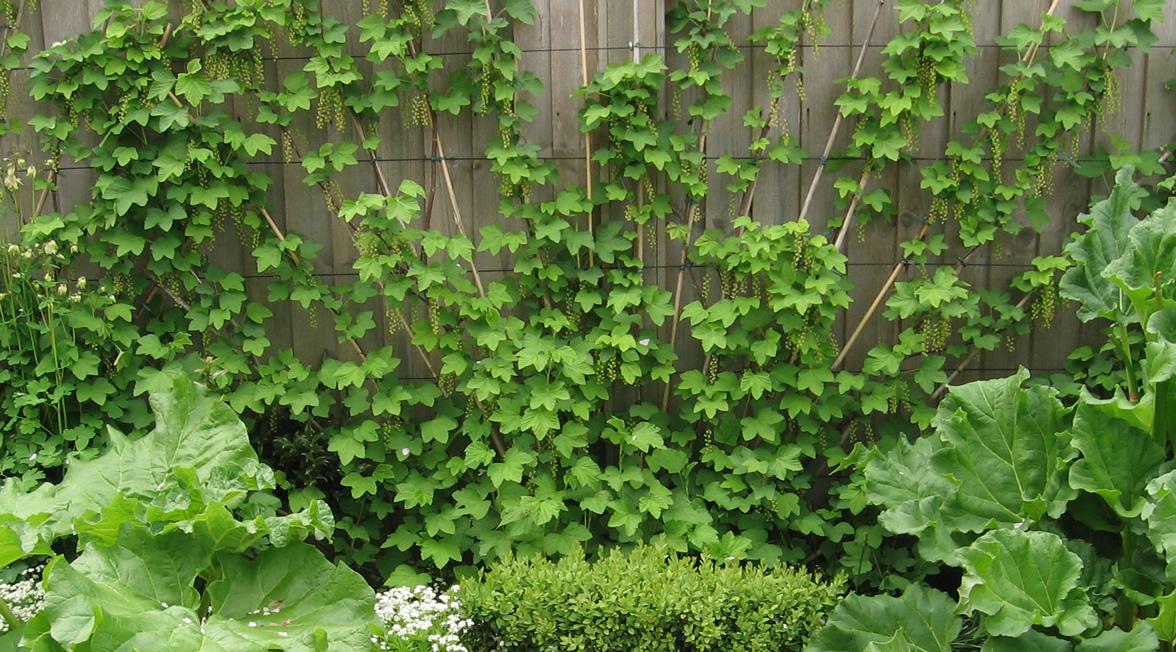 I have three currents trained as fans growing against fences: two red and one white current. White and red currents lend themselves readily to this kind of training, because unlike black currents they fruit well on ‘old wood’. Hence, they can be trained to make a permanent framework of branches (in this case in a fan) from which they will produce short fruiting side shoots. Black currents, on the other hand, will only fruit on relatively young wood – they need a third of their main stems removing every year to rejuvenate them, so could not be pruned to a permanent framework.

Unlike many fruits we grow in the UK currents are fairly shade tolerant and will thrive in the dappled light under tall trees or against a north wall. My plants are very productive – the red current in particular holds its fruit in a good state right through the summer, autumn and into the early winter – we simply pick the fruit as required. For some reason the birds seem to leave the red currents alone. The fruit is very decorative, hanging in many trusses of bright translucent scarlet pearls.

Currents are usually purchased as young bushes, either bare-rooted or pot grown. They usually have several stems, or whips, two or three feet long. If you want to train them as a fan choose plants that already have stems lying roughly in a flat plane so they lend themselves to training as a fan.

After planting, tie the young whips to canes and bend them into position so that the canes form a basic fan shape, and tie the canes to supporting wires. If your plant does not have enough canes to create the shape you want, there is no harm in adding additional canes even if they are bare for now – you can train in additional shoots as they grow. If some of the stems fork try to use them to create two branches on adjacent canes. If there are any stems or side branches that can’t be accommodated don’t be afraid to cut them off – currents are very robust and vigorous – they can take a lot of abuse!

In subsequent years prune in summer and winter as follows:

Winter pruning – Any time the shrub is leafless

Diary of my current training 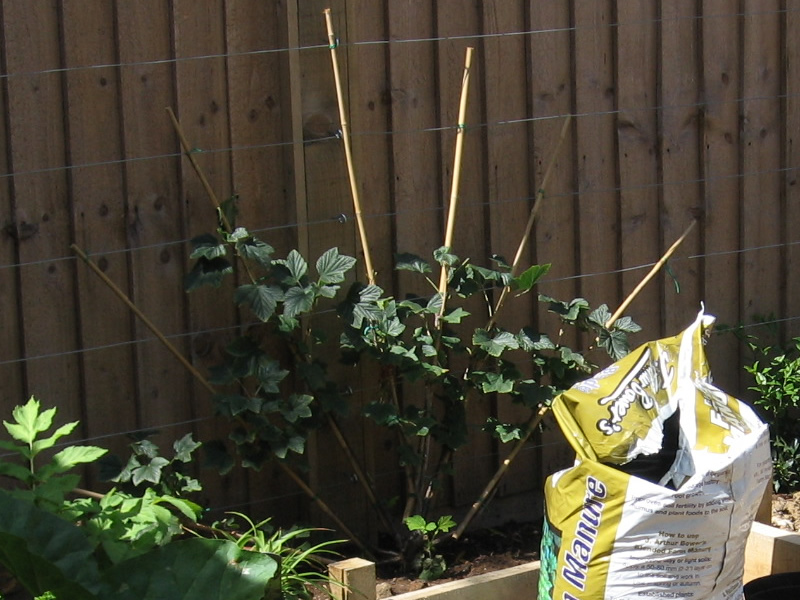 2007 This photo was taken just a few weeks after planting. The young bush only had 6 stems. You can see how I have tied them to canes and secured then to create a basic fan shape. 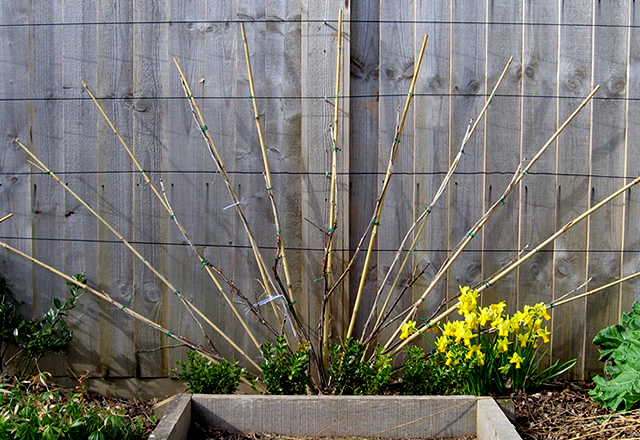 2008 During the winter prune I have replaced all the canes with longer ones, adding five more to bring the total to eleven. I have tied in the new main shoots and shortened the fruiting side branches. Notice how where the main branches fork they are attached to adjacent canes. 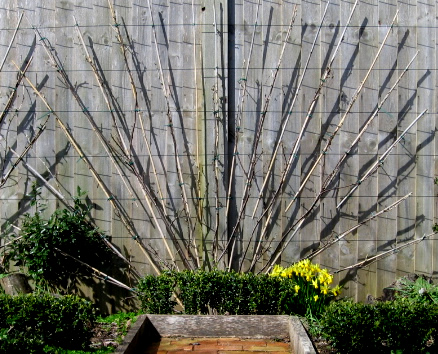 2010 By the end of 2009 I had replaced the canes with longer ones and increased the number of branches forming the main framework further, taking the total to 18! Notice that every other cane is a half-length one allowing me to fill in the space that appears as the fan gets larger.

2012 As you can see, the fan is now well and truly established and has almost filled its alloted space. The training is virtually over and from now on I will mainly be pruning new growth back to this basic framework. With only a minimum of attention it should remain productive, and look fantastic, for the next twenty years or more!

To be continued and updated…