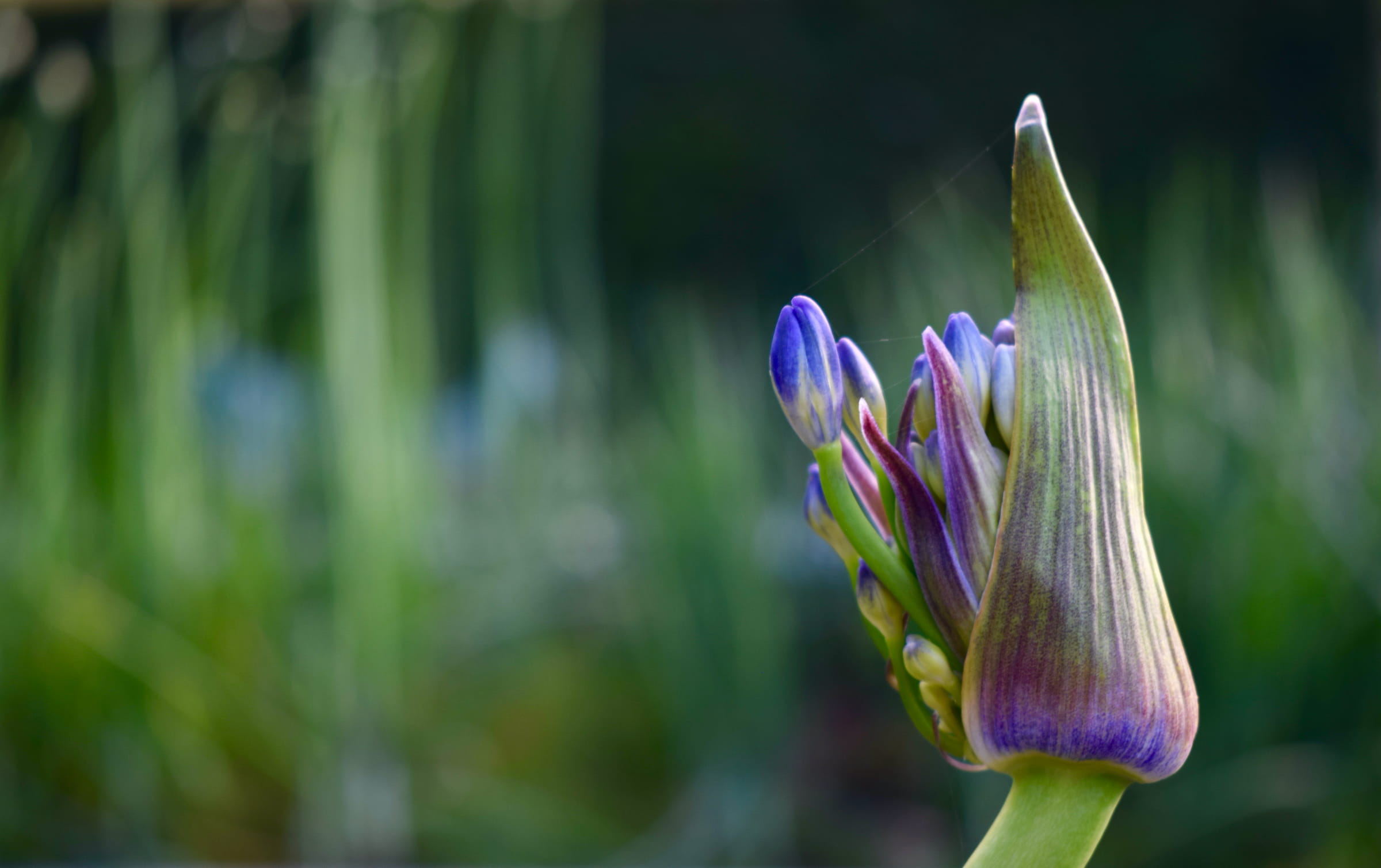 One of the joys of garden photography is that it makes you look more carefully, not only when seeking out a good shot, but also afterwards: Once the photos are uploaded to the computer, details become evident that we’re previously overlooked. It is quite remarkable what you can discover in a photo that you didn’t notice at the time of taking it. I would urge anyone who loves gardening to take up photography.

I have several pots of Agapanthus africanus, including white and blue varieties. This year I have been fascinated by their buds which started opening in early June. I took the photo above, and was amazed by the colours and strange botanical details that had been captured, so a few days later, I took some more…

It was the bud of a blue variety that first caught my eye as it contained so many remarkable hues. As you can see this bud casing included various shades of purples, blues and greens: colours I have never noticed in Agapanthus buds before. And look at those strange leaf-like blades that are emerging with the flower-buds! Have you ever seen those before?

Here is The same bud a few days later:

The buds of my white A. africanus are surprisingly colourful too, and break open in an equally fascinating way.

Their general shape is reminiscent of the onion which is a distant botanical cousin of theirs. Agapanthus are in the Amaryllidaceae family, and you can see the similarity to the bud of an Amaryllis. I like these photos as show the geometry of the bud so well, with its maroon-striped enclosure and deep green hood. The fat pale-green buds are just bursting to get out…