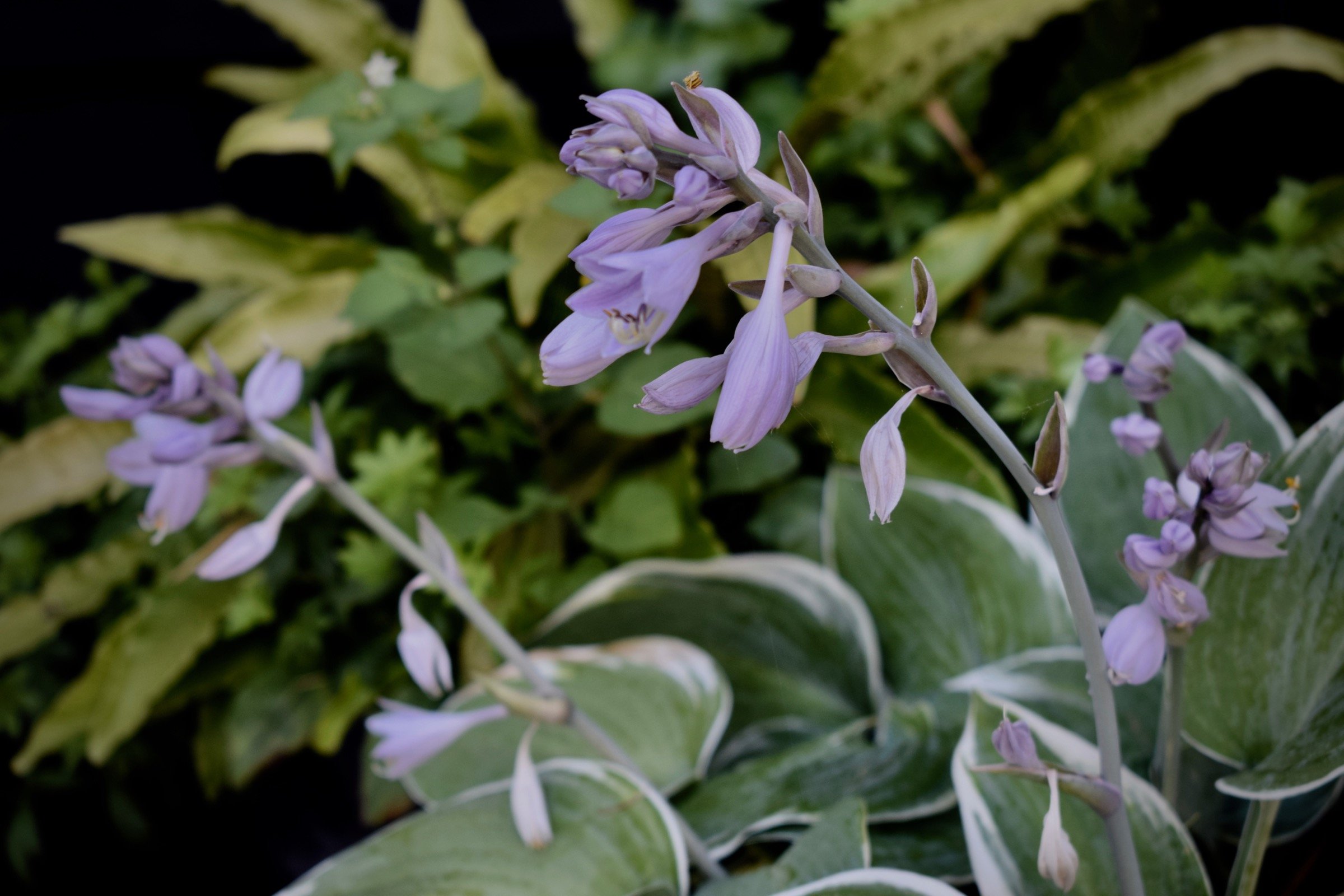 I don’t grow Hostas for their flowers; partly, because my plants are in a white garden where their role is to provide foliage texture, and most Hosta flowers are typically some shade of mauve, but also because they are are a bit shapeless.

With neither hue nor form in their favour I mostly I cut them off soon after they emerge, but this year I’ve left it a bit late; so I thought I’d photograph them and give them a few final words before they get the chop.

NOTE, This is a follow-up to an earlier post: Five Hostas where I review the foliage effect of five Hosta varieties I grow in my garden

Well, these ones aren’t too bad: white flowers – with just the faintest hint of mauve in there somewhere – tolerable in a White Garden. They glow beautifully at twilight. A bit shapeless, but these ones I can live with.

A distinctly purple bud on the way. These open later than the rest, hence the bud and nothing but the bud.

This dwarf Hosta produces the most wildflower-like blooms and with good colour. The lax violet trumpets are held high, somewhat like a Harebell. If this wasn’t a white garden I would quite like these. They would look the part in any cottage garden planting.

Pale mauve and rather shapeless. Too washed-out for my tastes, but I guess it just about works with the glaucous foliage.

As already noted, Hosta ‘Praying Hands’ has a rather unique and architectural form, and this extends to its flowers which are held in a relatively tight whorl around the stem, creating a conical pyramid of lax blooms. The effect is quite striking and unlike any other Hosta I have seen. More like a squat red-hot poker. In mauve. A mauve-cool, poker perhaps?

The sheer volume of flowers creates quite a splash of colour, albeit of a rather wishy-washy colour. In the picture below you can see its floral display is on par with the mauve hydrangea behind it. Impressive. Pity they are in a white garden. (Here come the secateurs…)
SaveSave

1 thought on “Are Hosta Flowers Worthwhile?”