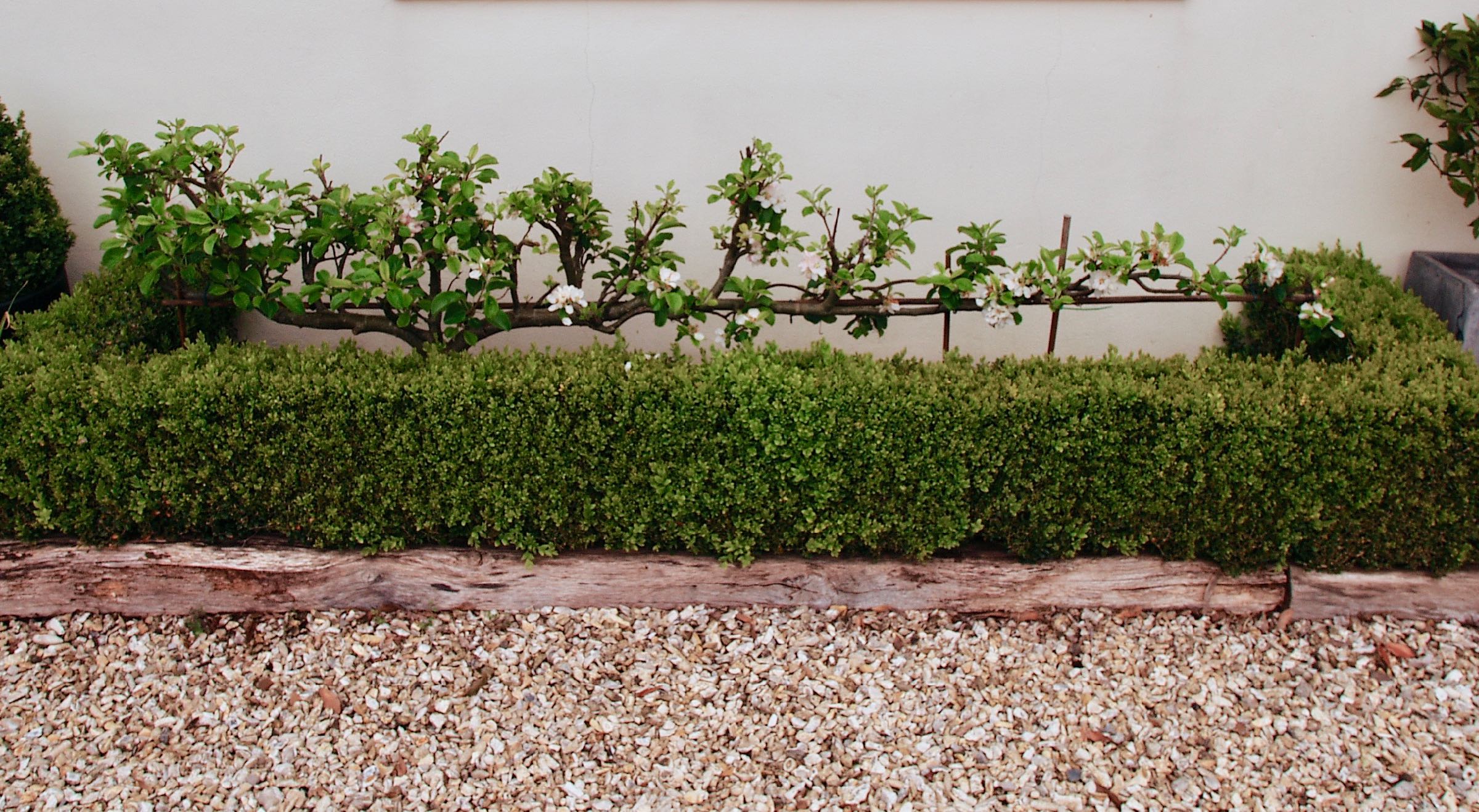 A six-year old step-over Beauty of Bath apple trained along a narrow bed under a window at the front of my house – just coming into flower in late April. The basic form is just two horizontal branches trained outwards, then pruned for fruiting spurs. The spurs on mine have got rather crowded at the left hand end and only have a few flowers. They could do with pruning – a job for next winter. I will prune them hard back to 2″ from the trunk, encouraging new spurs to form.

Apples, pears and grape vines are suitable for training this way.  A ‘step over’  is nothing but a single tier espalier, with two shoots trained out horizontally – usually close to he ground. They can be trained around the edge of a bed, or as I have done, in the centre of a bed as a feature in their own right. In my case, the architectural shape of the trained form complements the house behind, underscoring the window it is planted beneath.

You can see that I planted this apple off-centre originally, training it further in one direction than the other. I had originally intended to plant a second variety at the other end and slightly further back in the bed to create a second staggered tier, but changed my mind! Here are some other views:

This is an old variety (1864) which produces early, usually ripening in early August. It is an attractive apple, with red flushed skin developing as it ripens. It is one of the parents of Discovery, and like that apple has red skin that bleeds its colour into the flesh. Picked and eaten straight from the tree it can have a very good flavour if you get the timing right. Like all early varieties, however, the apples do not keep and need eating on the day of picking.